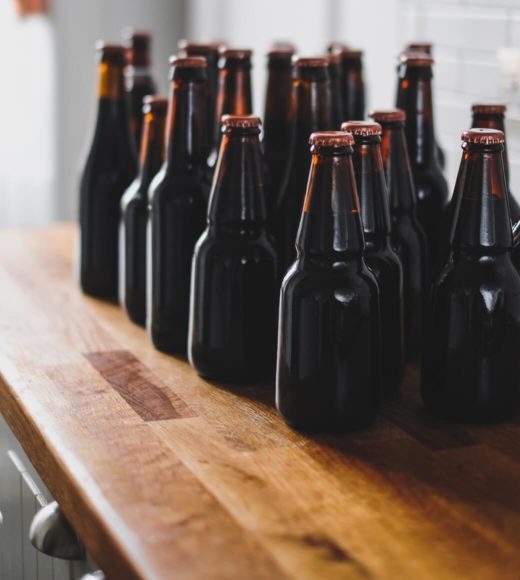 I have extensive experience in successful (and unsuccessful) political campaigns. Some of these are detailed below. I am available for consultation on proposed campaigns.

Role: I had a leading role in two successful campaigns against raising the age at which you can purchase alcohol from 18 to 20 through forming and managing the Keep It 18 campaigns.

Tactics: Bring together young wings from all political parties in opposition. Provide factual information showing youth drinking and harms have actually been decreasing not increasing. Intense lobbying of MPs. Key strategy was to ensure the final parliamentary vote was between an age of 18 and 20, rather than the split vote option preferred by the Prime Minister and Opposition Leader.

Role: I had a leading role in the successful campaigns to allow same-sex couples to marry, and was thanked by the bill’s author in her third reading speech.

Tactics: Bring together young wings from all political parties in support. Relentlessly make the case that this was a law change that allowed loving couples to marry, which is a conservative thing to do. Also warn MPs that if they vote against, they’ll be on the wrong side of history and a no vote may haunt them in years ahead.

Role: I had a major role in campaigning against the Electoral Finance Act.

Tactics: In depth analysis of Electoral Finance Bill and the massive impact it would have on freedom of speech of individuals and third parties. Helped generate massive opposition at select committee. Formed Free Speech Coalition that crowd funded tens of thousands of dollars to run humorous billboards at the 2008 election depicting the party leaders that supported the EFA as being praised by authoritarian dictators around the world.

Role: I had a key role in three campaigns to persuade Parliament to remove the ability of tertiary students’ association to have compulsory membership.

Role: I had a moderate role in the successful campaign against the change to the Copyright Act that would have required ISPs to terminate accounts of people accused of copyright breaches. I took part in initial planning at Kiwi Foo Camp, and my Kiwiblog was a high profile participant in the campaign. I also lobbied MPs on it.

Tactics: Have dozen of high profile websites (and social media profiles) in NZ take part in a blackout campaign to raise awareness of the law and pressure the Government to not implement the law. Emphasise the breach of natural justice that people could lose access to the Internet based purely on unproven accusations.

Outcome: The campaign forced the Prime Minister to intervene, announcing the disputed section of the law would not be implemented and eventually removed and redrafted.

Role: I had a minor role in the successful campaigns against the Government’s decision to try and legislate to overturn a decision by the Commerce Commission to lower wholesale prices for copper broadband. I was involved in strategy sessions and also publicly campaigned against it.

Tactics: Portray the decision as an effective tax on Internet users. As the Government was totally resistant to quiet diplomacy on this issue, decision was made to run an aggressive public campaign to mobilise public opinion, while simultaneously lobbying the Government’s support partners to not back the law change.

Outcome: Four parliamentary parties announced, in co-ordinated fashion one hour apart, that they would not support the law change.

Role: I had a minor role in the successful campaigns to allow same-sex couples to have their relationship recognised as a civil union.

Tactics: Focus on a small number of MPs in National and ACT to vote for the bill, to balance out the few conservative Labour MPs voting against.

Role: I had a minor role in the successful campaigns to legalise prostitution.

Tactics: Quiet behind the scenes advocacy with center-right MPs who were supportive yet facing huge pressure from organised campaign against.

Role: In response to the Government’s proposal to ban all RTDs over 5% strength, I conducted (for a client) numerous surveys and focus groups of young drinkers to establish what their current drinking behaviours were, and what the impact of a ban would be.

Tactics: Almost no public advocacy at all. Quiet diplomacy where we presented research findings to MPs, staff, and officials showing that the proposed ban would be counterproductive and in fact increase alcohol-related harm as many young drinkers would stop drinking RTDs and instead self-mix drinks with hard spirits.

Outcome: The proposed ban was removed from the Sale and Supply of Alcohol Bill by the select committee in 2013.

Role: I had a minor role in the successful campaign to stop software from being patentable under NZ law (due to the stifling impact on innovation due to patent trolls).

Tactics: As the Government was a minority Government, focused on their coalition partners who agreed to back an opposition amendment which forced the Government to back down and agree.

Outcome: Software is no longer patentable in NZ since the new Patents Act was passed in 2013.

Role: I had a minor role in the campaign to reject most of the United States demands for the intellectual property chapter of the Trans-Pacific Partnership.

Tactics: A mixture of public campaigning, international coordination and working constructively with officials. Public campaigning was to build public support against the proposed IP chapter. Worked constructively with officials to make clear what provisions were most problematic to our stakeholders. Officials advised NZ was only country opposing IP chapter initially, so worked with NGOs in other countries resulting in most countries opposing the US proposals. I also spoke at a luncheon with the TPP negotiators in Auckland where I outlined the NZ political situation and how the proposed provisions were so politically difficult for a NZ Government to agree to.

Outcome: The final intellectual property chapter of the TPP did not include the US provisions which were most harmful to the Internet.

Role: I had a minor role in advocating for the operational separation of Telecom.

Tactics: The Labour Government was reviewing the telecommunications sector. Most stakeholders were focused on local loop unbundling but InternetNZ’s view was that structural change was needed to change incentives, otherwise regulatory gaming would continue. Despite resistance from officials and other stakeholders, a campaign for operational separation of Telecom (based on UK model) was launched. Had meetings with Minister, and submissions to select committee. Collected examples of current regulatory gaming from Telecom.

Outcome: The Government agreed to operational separation of Telecom. This was implemented, and later led to full structural separation into Spark and Chorus.